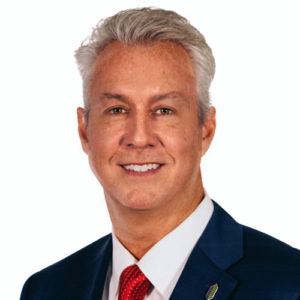 Mr. Hagenbuckle is the founder and managing partner of TerraCap Management. He has been a successful developer, builder, and investor in commercial real estate since July 1996. Since that time, he has participated in over $3.5 Billion of transactions across major commercial real estate property types, in high demand growth markets across the United States. His transaction experience ranges from being a private principal investor to private equity multi-fund sponsor and investment manager covering major property types.

He was a founding shareholder of commercial bank Landmark Bank N.A. and Giantbank.com of Fort Lauderdale and was a Board Member and Secretary of the bank for 10 years (beginning in the summer of 2000 until 2010).

In the 1990s, he co-founded and sold multiple technology companies to both public and private entities. These companies include Techware Consulting, a technical consulting firm, from December 1995 to November 1997 (sold to CBR NYSE); Orus Information Services, a technical consulting firm, from January 1999 to February 2003; Collegiate Images, a sports media digitization, protection, policing and resale company, from August 2000 to October 2008 (sold to XOS); and LandmarkBank, N.A./Giantbank.com, a commercial banking – internet banking business, from 2000 to 2017 (sold to HOMB NASDQ).

Mr. Hagenbuckle has been a guest on CNBC, Bloomberg TV and Fox where he has discussed real estate market trends and opportunities, along with US banking. He has lectured at multiple universities at the graduate and undergraduate levels. Mr. Hagenbuckle is a Florida native who grew up in the Naples, Florida area and is a graduate of the College of Business from the University of Florida.