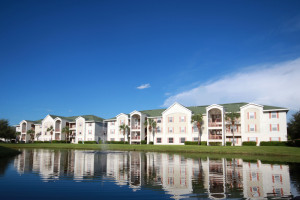 Coral Cove was constructed in 2001 as a 288-unit apartment community. In 2005, the property underwent a condo conversion in which 92 units were sold, the highest sale at $220,000. TerraCap purchased the remaining 196 units from a mortgage REIT on December 27, 2012 for $8.13 million, or $41,469 per unit, with a joint-venture partner who agreed to an accretive promote/profit sharing structure. Once the property was acquired, TerraCap dismissed redundant staff, transferred landscaping services to a more cost-efficient contractor, shifted accounts receivable services from an attorney to a collections agency, and instituted a strict budget for unit maintenance and repairs. As a result, TerraCap expects to have decreased operating expenses by 20% while still maintaining the property in excellent condition. Prior to TerraCap’s ownership, monthly rents were $100 below market; rents are now consistent with market rates, and TerraCap projects that the rate increase will generate an additional $235,000 in annual revenue. Under the previous owners, nine units were out of service for nearly eight years. The units have been updated and seven have since been leased. TerraCap expects a total of $100,000 per year in previously unrealized rental revenue from these units.