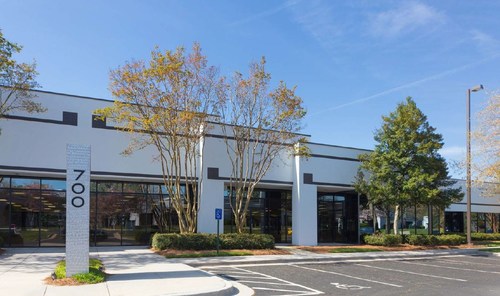 TerraCap acquired the six-building portfolio in May 2017 with the purchase of 3100 Breckinridge. During the first year of ownership, TerraCap made substantial improvements to the building exteriors and curb appeal. TerraCap also built several move-in ready spec suites. As the improvements were being completed, Lincoln Property Company was retained for leasing and secured several new tenants totaling 70,000 square feet, increasing the occupancy of the six single-story buildings from 65% at the time of acquisition to 85% at the time of disposition.

“Our investment in 3100 Breckinridge performed in line with our business plan over the past four years. We bought the property at 58% occupancy and invested $1.2 million into exterior painting, new landscaping, roof replacements, and creating spec suites. We succeeded in raising occupancy to 85% after completing over 70,000 square feet of new leasing in the first 2 years of ownership,” according to Matt Stewart, Director of Asset Management at TerraCap Management.

Steve Good, National Director of Acquisitions for TerraCap added, “As part of the sale, we retained the 3-story, 75,000 square foot building that was formerly occupied by IBM. Our team is currently in advanced lease discussions with a prospective tenant, which if successful, would fully occupy our last remaining asset there. It’s been a great collaborative effort with our team, Lincoln Property Company, and Capital Real Estate Group.”

Tom Shafer and John Hinson of Capital Real Estate Group represented the seller, TerraCap, in the sale transaction. Lincoln Property Company represented TerraCap on leasing and management during their ownership.