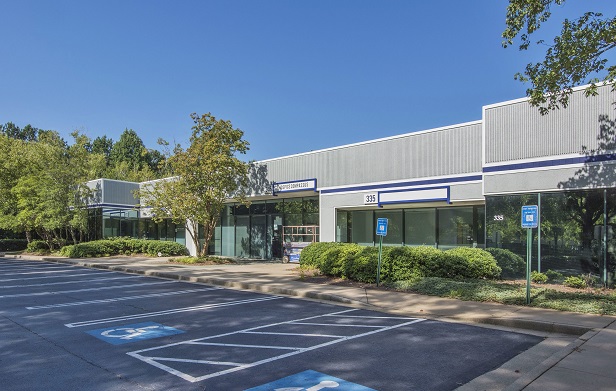 Terracap says the Kennesaw submarket is amongst the strongest performing markets in the Atlanta metro area, boasting a large professional and medical workforce.

Steve Good, a TerraCap partner and director of acquisitions, tells GlobeSt.com that the property is 86% leased, and one of the larger tenants is an Aaron Rents call center.

Terracap says the Kennesaw submarket is amongst the strongest performing markets in the Atlanta metro area, boasting a large professional and medical workforce. The property is also within walking distance to Kennesaw State University. With over 30,000 students, KSU is among the largest and fastest growing universities in the state of Georgia.
TerraCap purchased the property for $30.1 million in January 2016 as one of their early acquisitions in the Atlanta metro area. While Chastain Center was 63% occupied at acquisition, TerraCap made numerous operational improvements and capital investments into the property during their ownership. TerraCap also retained the leasing team of Matt Davis, Jeff Henson and George Gwaltney with Lincoln Property Company, and during their tenure, they executed nearly 132,000 square feet of renewals and over 116,000 square feet of new leasing.

“We are very pleased with the job our team in Atlanta did in repositioning the asset,” Good said. “We feel the property is in a great location with a strong tenant roster with credit and extended lease term and that it will perform for years to come, and we wish new ownership the best.”

Tom Shafer and John Hinson of CBRE in Atlanta represented TerraCap on the sale. Lincoln Property Company represented TerraCap on both leasing and management.
TerraCap owns 3.5 million square feet of multifamily and office space in the Atlanta area, Good said. The next sale in the region will be an apartment complex in Tucker, which he expects to be under contract in late December.