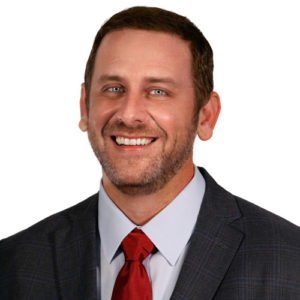 In his role as National Director of Acquisitions, Stephen Good is responsible for maximizing the value of TerraCap-owned properties. Mr. Good is an experienced real estate professional with expertise in development, asset management, construction management, acquisition/disposition, debt financing, leasing strategies, financial reporting and operations and has overseen over six million square feet of assets during his career. Mr. Good has overseen portfolios of retail, office, multi-family, hotel, land and self-storage asset types. He has also has been involved in successful turn-around roles of distressed assets in foreclosure or receivership. Since joining TerraCap in 2012, Mr. Good has over $500 million dollars in transactional volume, overseen management of 2.6 million square feet of assets and has helped secure over $180 million dollars in debt origination for acquisitions or refinancing.

Prior to joining the Investment Manager, Mr. Good was a Senior Vice President with NAI Hallmark Partners in Jacksonville, Florida, a commercial real estate management and development firm. His previous roles with publicly-traded real estate investment trusts have included serving the executive team as a Financial Analyst for U Store It (NYSE: CUBE) and Developers Diversified Realty (NYSE: DDR) as a Property Accountant from July 2004 to July 2007. Mr. Good graduated from Kent State University with a Bachelor of Science in Business Administration in June 2004 with a focus on Corporate Finance and also is a veteran of the United States Army (1995-1998).